Rated #2 Golf Course in Australia by Australian Golf Magazine (2013) and #11 in the World by U.S. Golf Digest, The Dunes, with its spectacular vistas of Tasmania’s North East Coast, is a Links Golf Course unlike any other in Australia.

The elder of the two courses, The Dunes is a spectacular example of traditional Links golf. Why not take a Course Tour to become acquainted with this beautiful landscape? There are Practice Facilities to get you warmed up and if you want to get serious, perfect your driving, putting and chipping skills under one of our teaching professionals. Overlooking Barnbougle’s pristine beach sits the stunning Dunes Clubhouse – where you can wind down between and after games with a refreshing drink and a hearty meal.

The Dunes course also offers a range of services you can peruse, from club and golf cart hire to professional assistance from your own personal caddy.

“Absolutely stunning. I think that this is not only one of Australia’s best, it is one of the best courses in the world, old or new.”
– Geoff Ogilvy

The Dunes, Barnbougle’s original course, is a Links Golf Course unlike any other in Australia. Meandering along Tasmania’s dramatic North East coast, it’s where breathtaking scenery and thrilling golf truly come together.

The recipient of global accolades, Barnbougle Dunes was designed by U.S Golf visionary Tom Doak and Australian Mike Clayton to channel the traditional links courses of Scotland and Ireland.

Golf at the Dunes is a game of strategy, where each shot requires tactical thought and a little creativity can be rewarding.

The Lay of the Land

A blend of fescue and bent grasses, the course flourishes in the coastal environment. Fairways are wide, wider than most golfers will have experienced on traditional courses. The greens are lively; rolling with the natural undulation of the dunes and with the 4th hole boasting the largest bunker in the southern hemisphere, this course is designed to challenge.

The greens at Barnbougle Dunes run at speeds closely resembling the original greens of the great British links. Contoured in tune with the tumbling land around them, the greens feature a combination of broad slopes and ridges through the playing lines.

A Winner from the Beginning 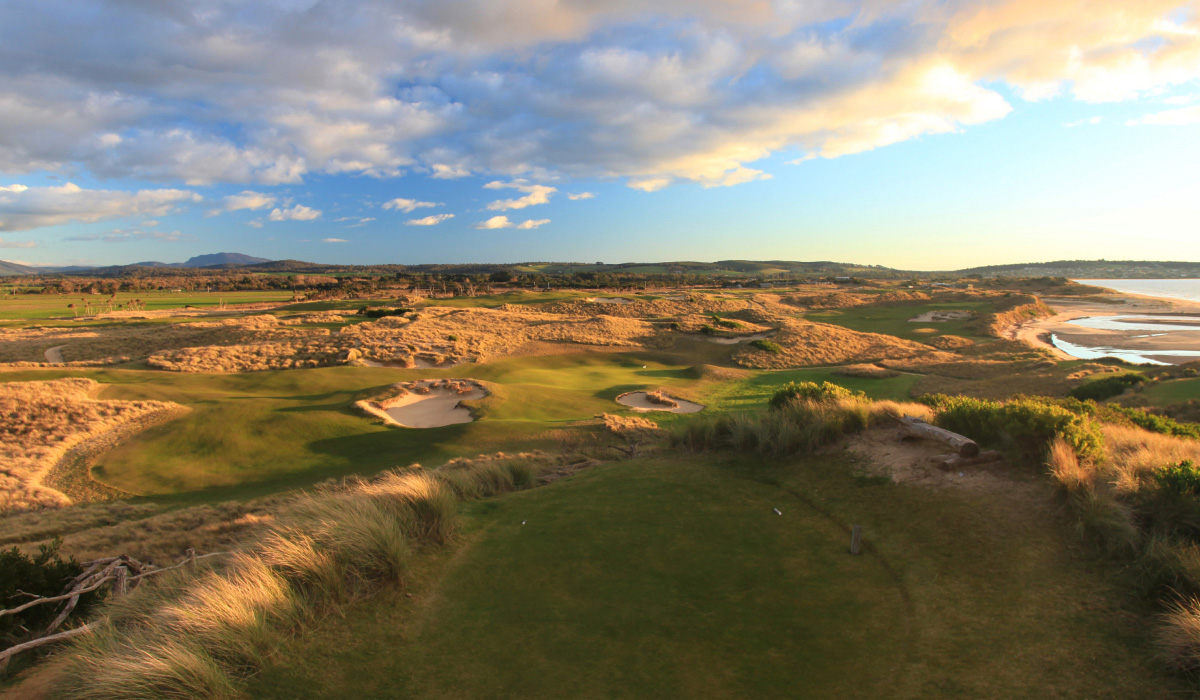 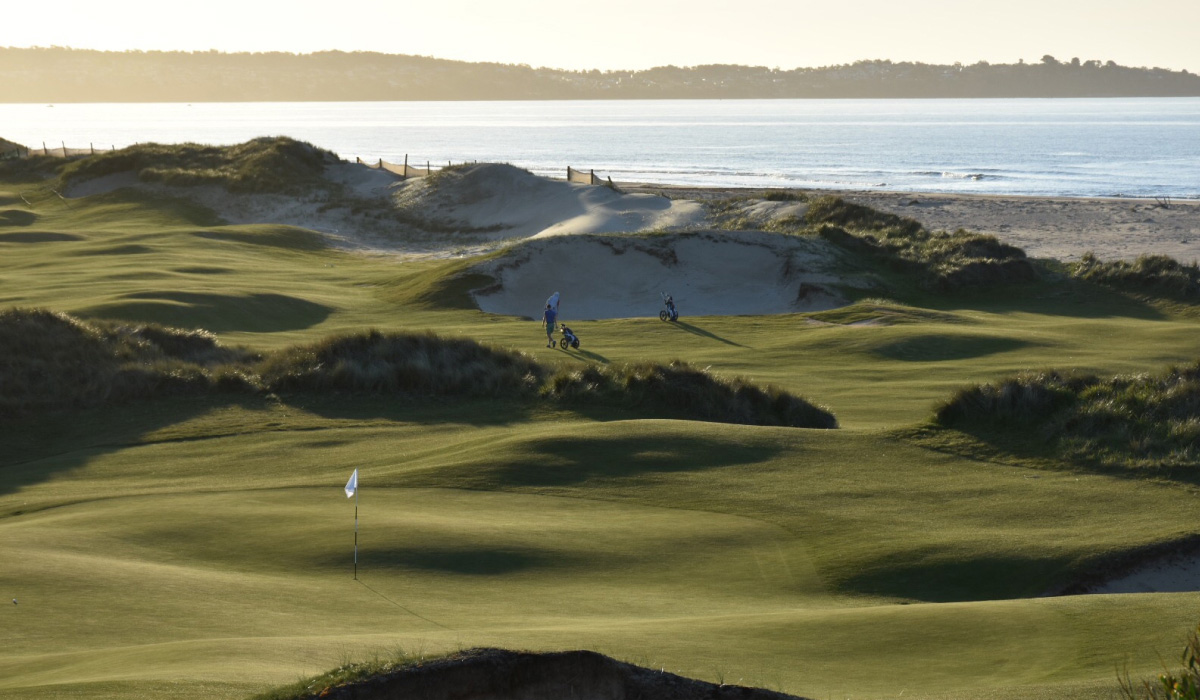 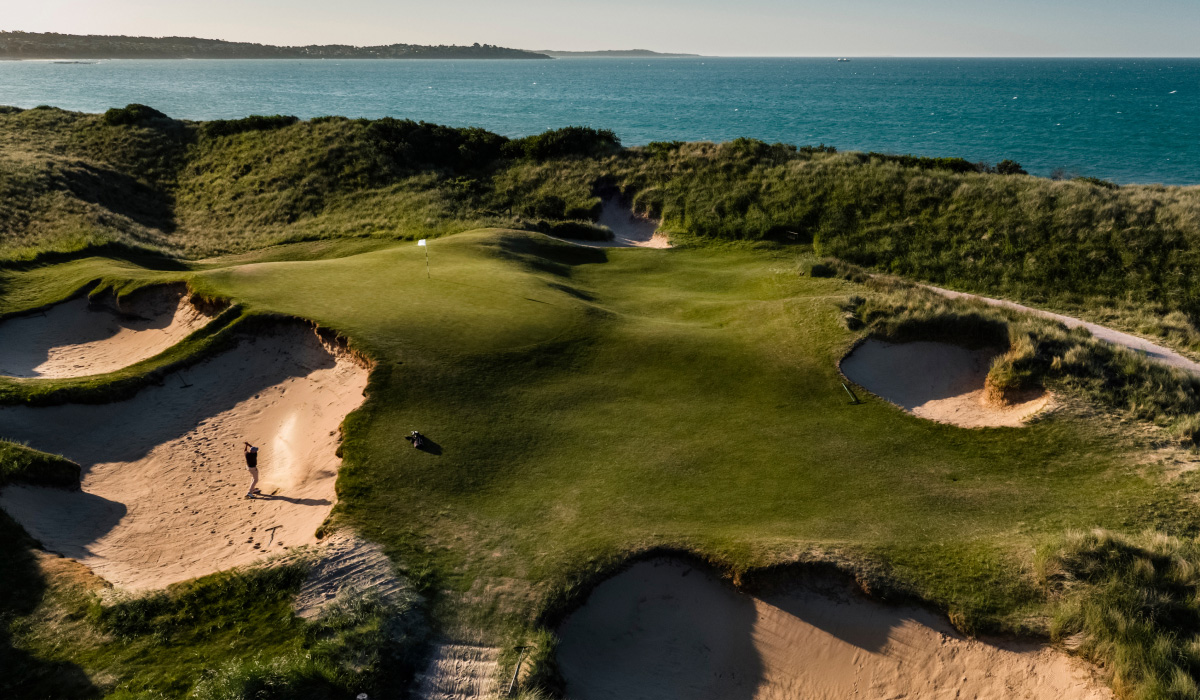 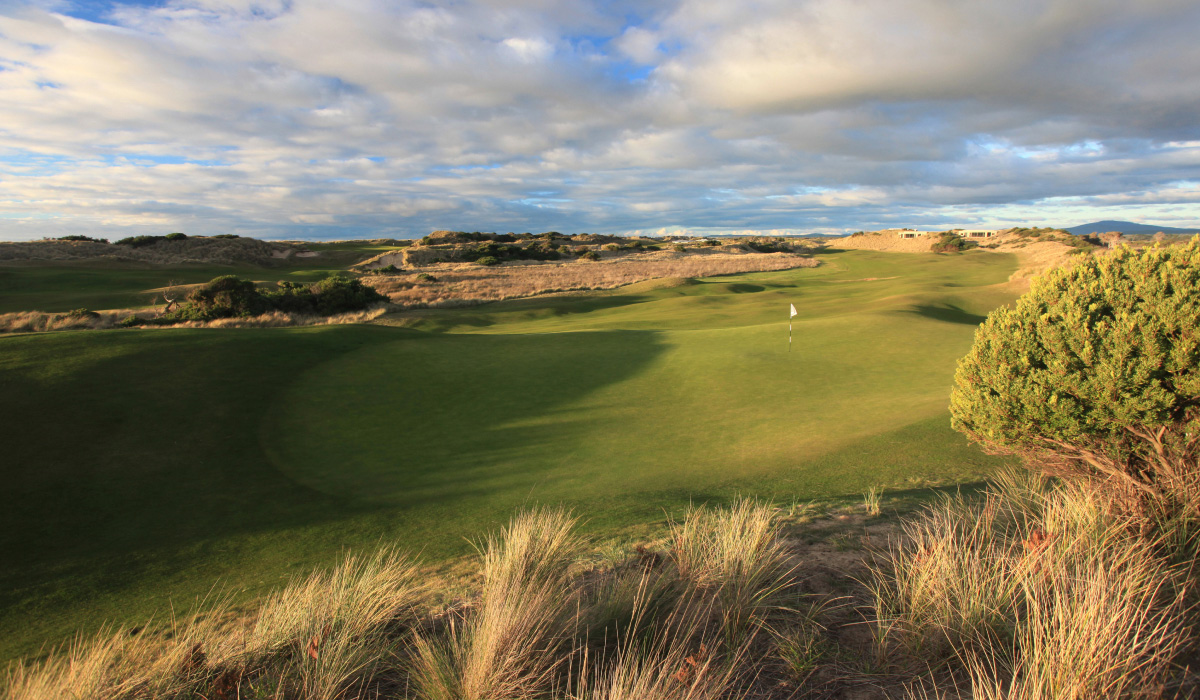 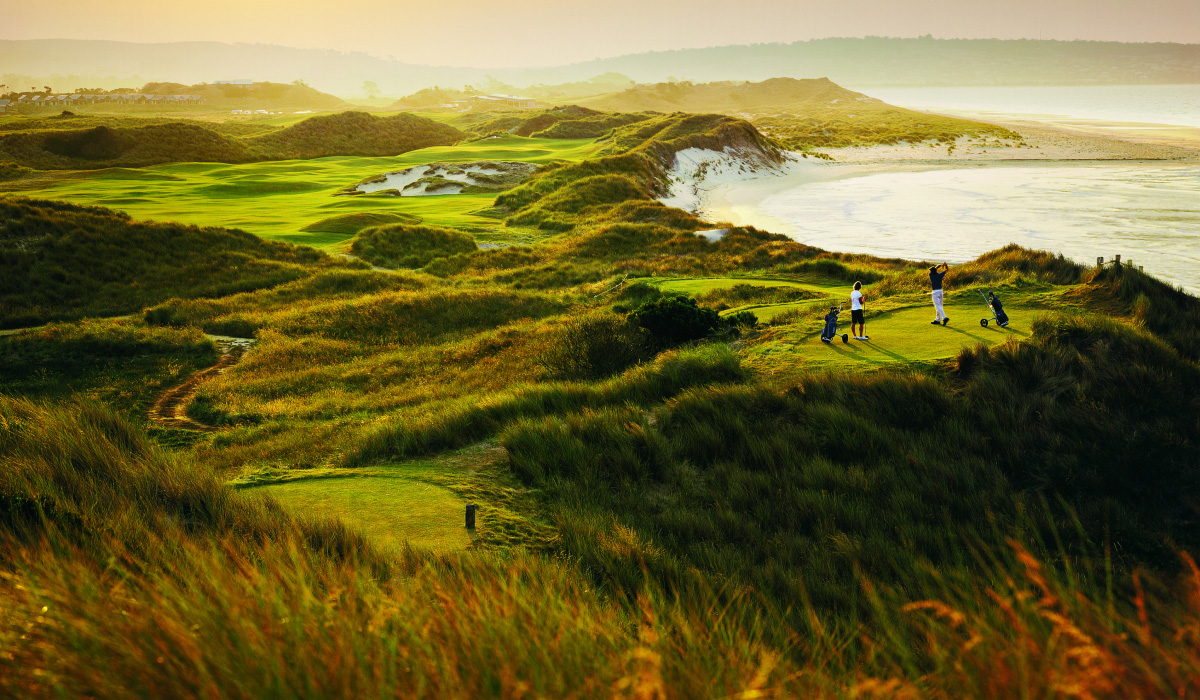 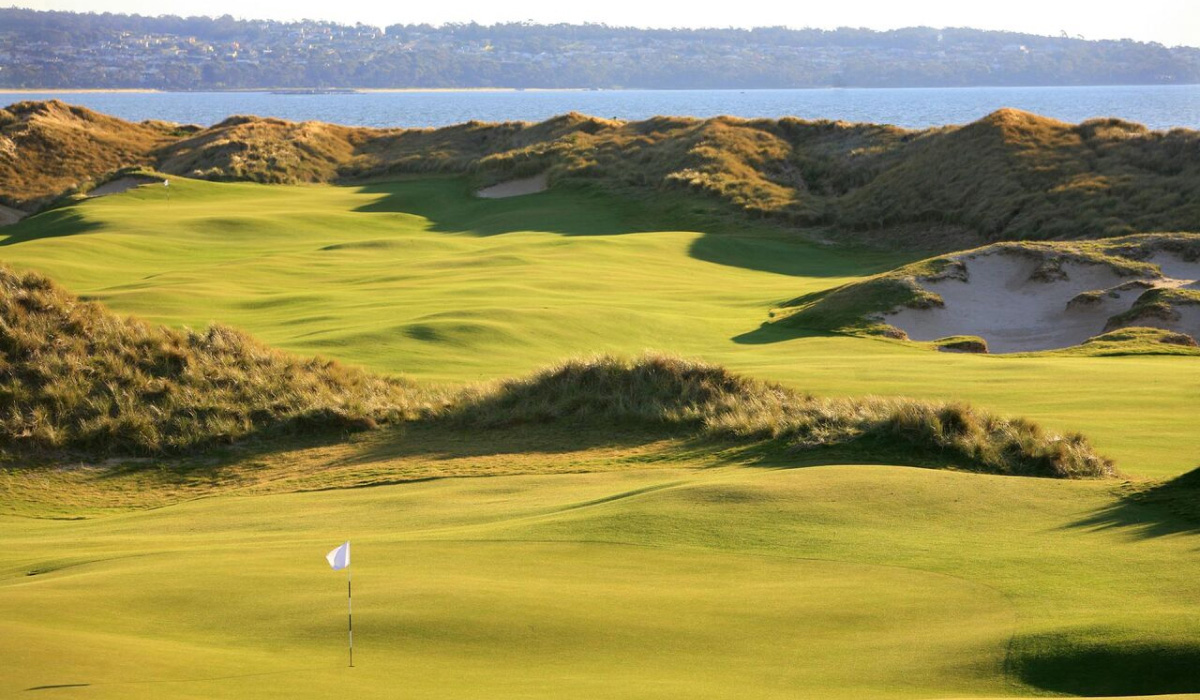 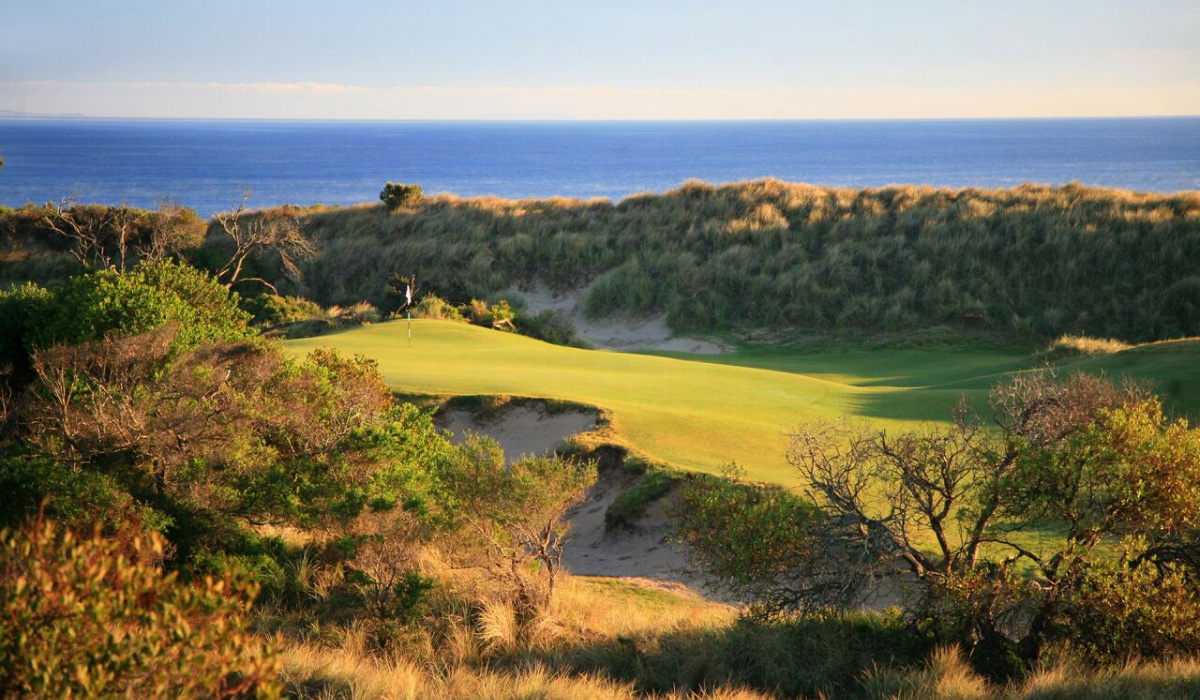 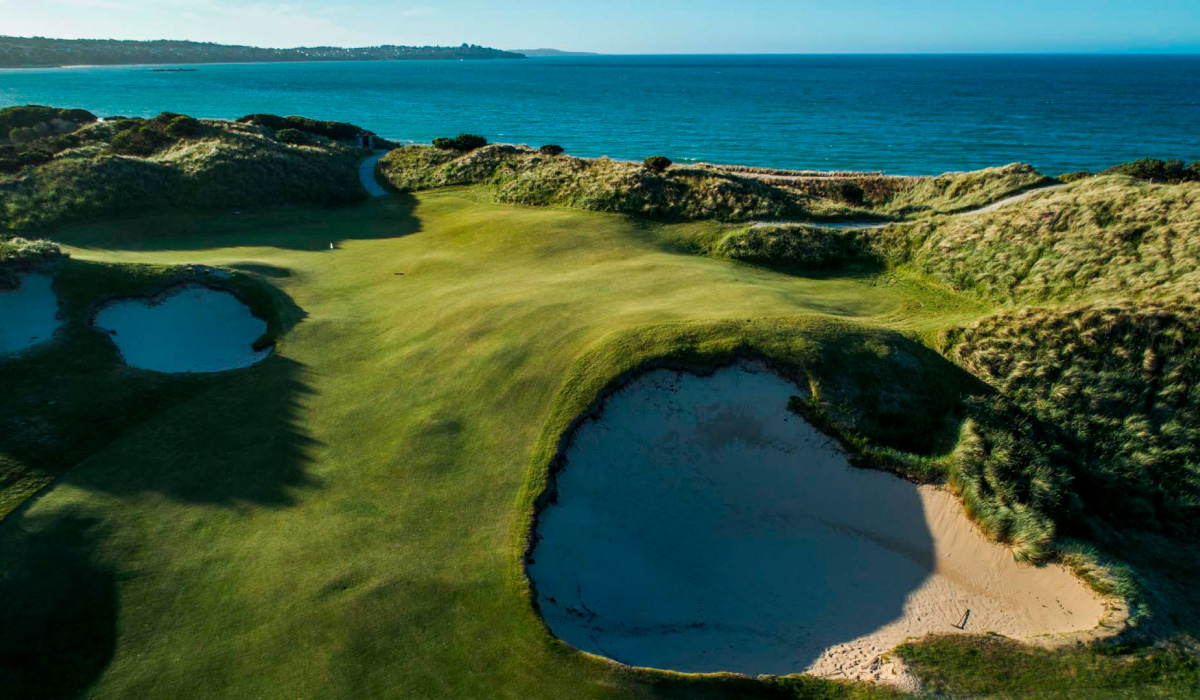 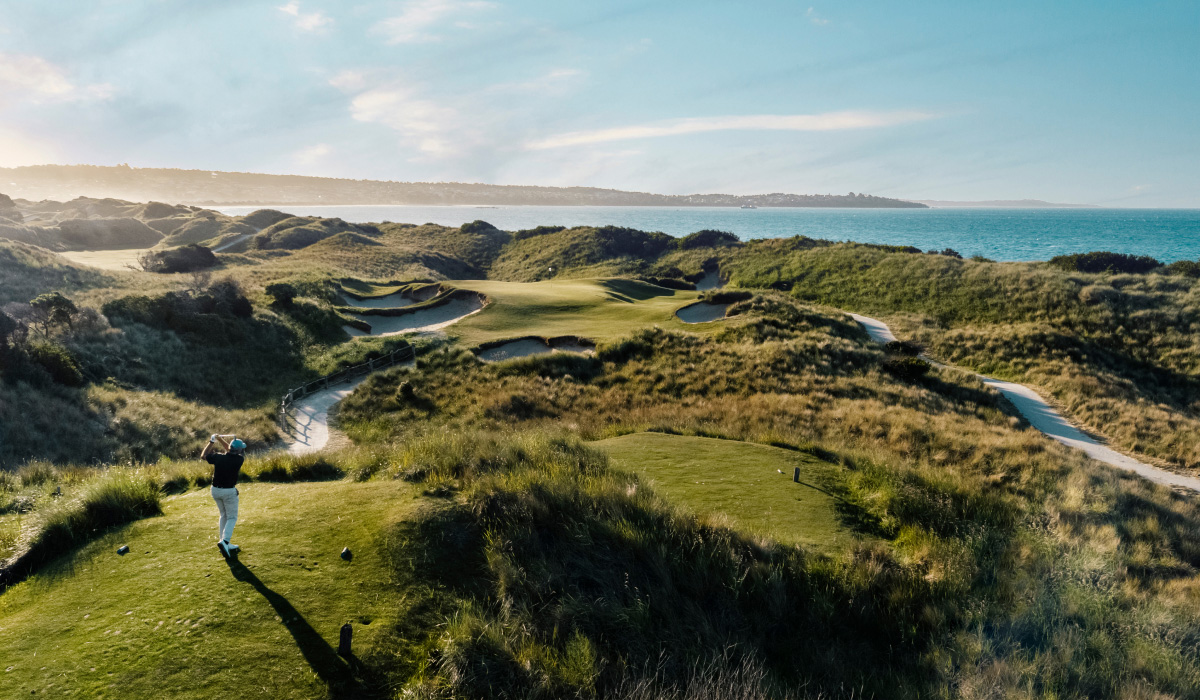 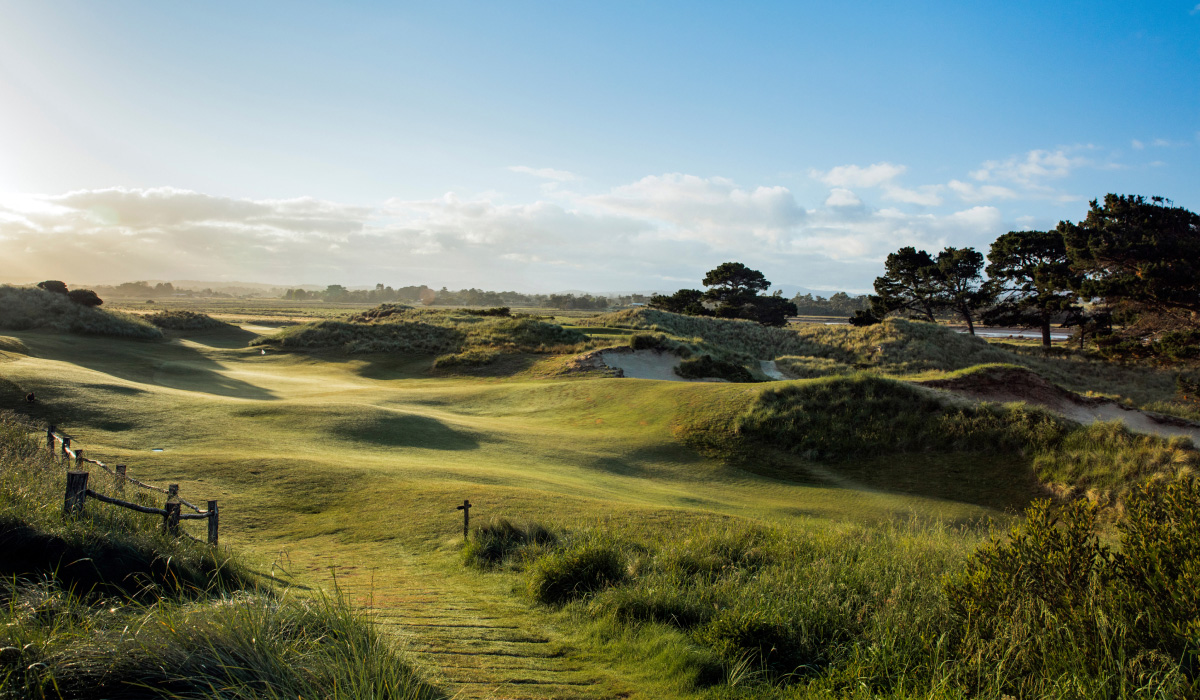 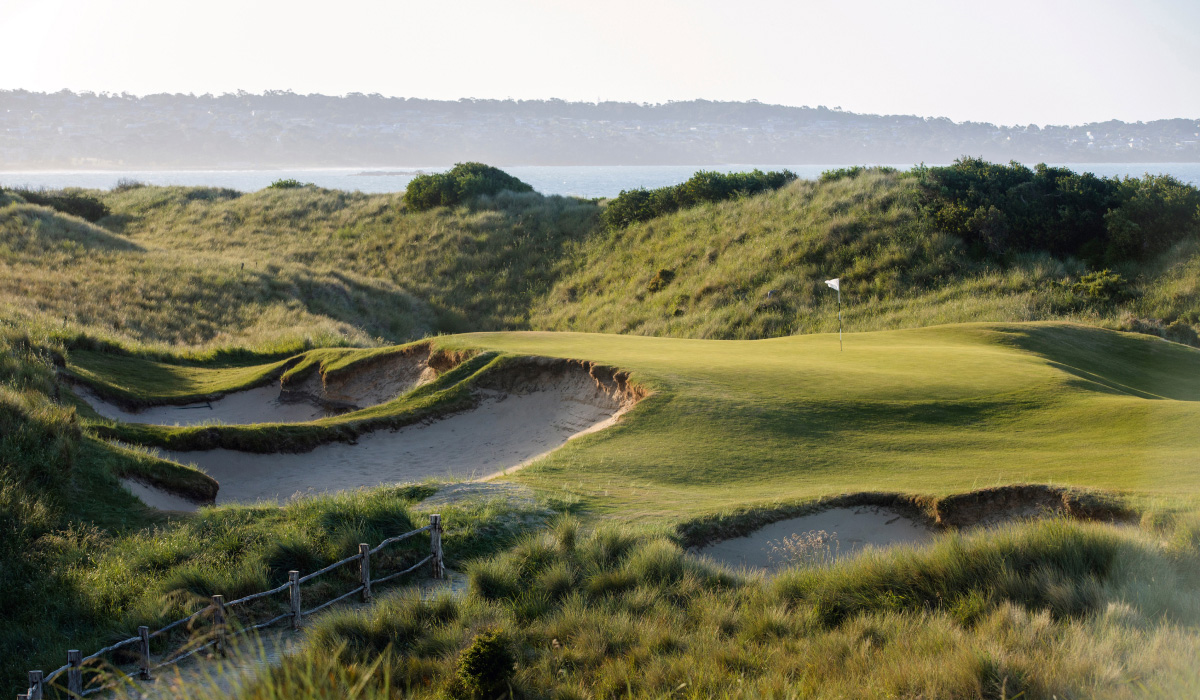 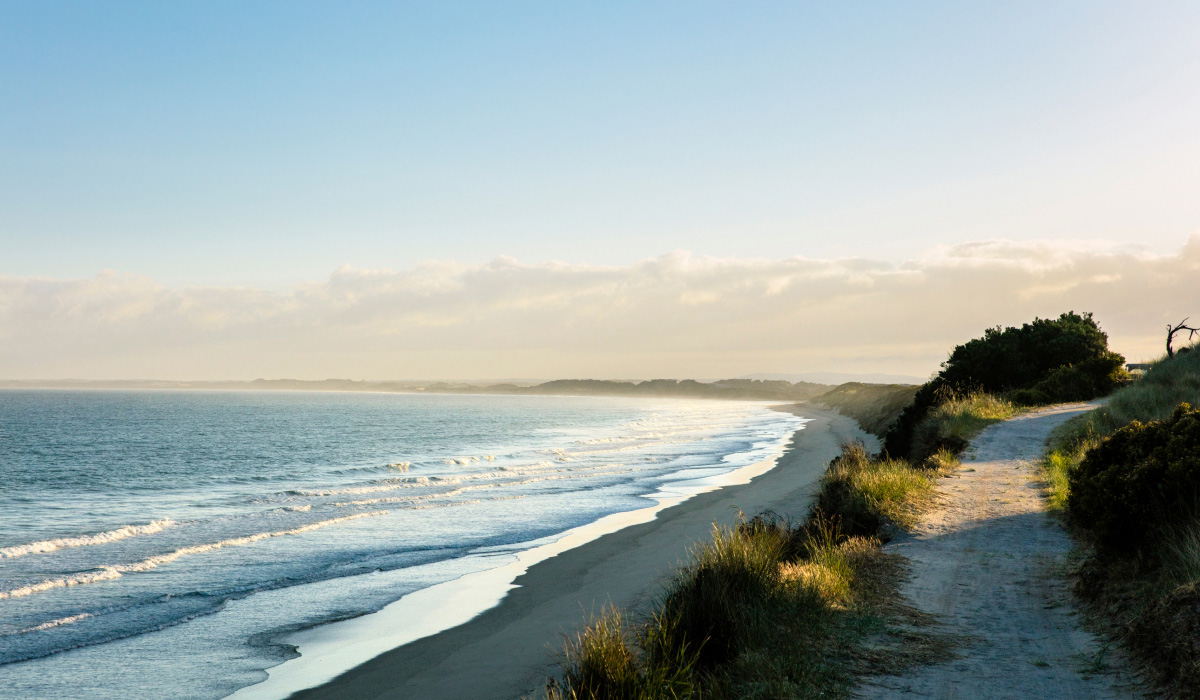 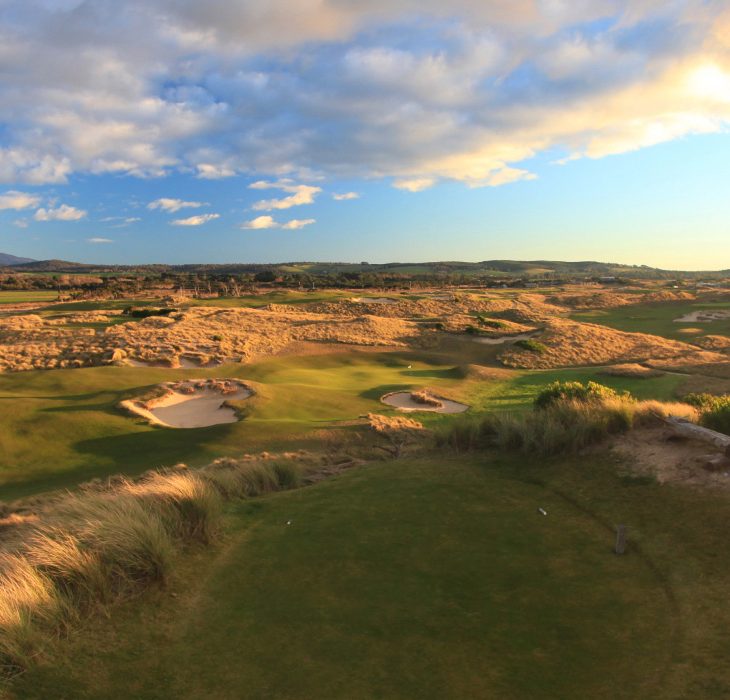 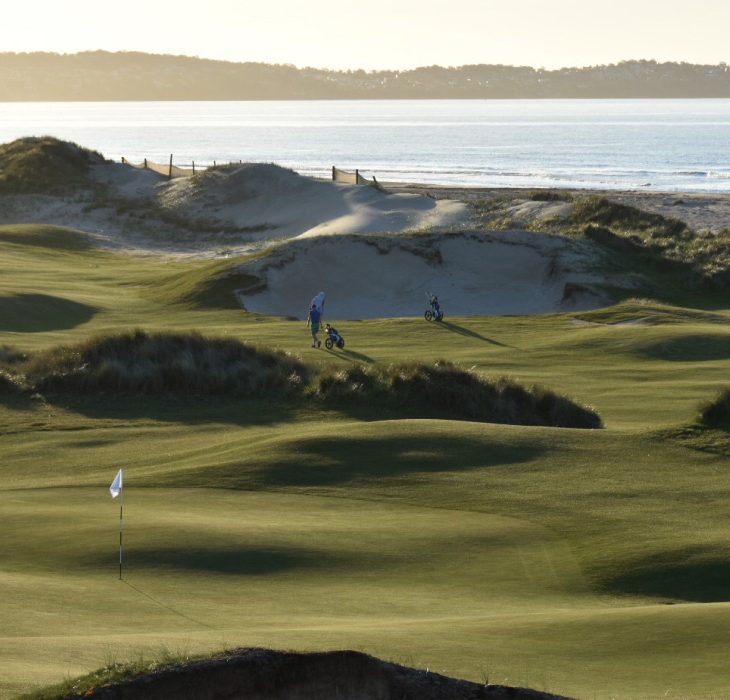 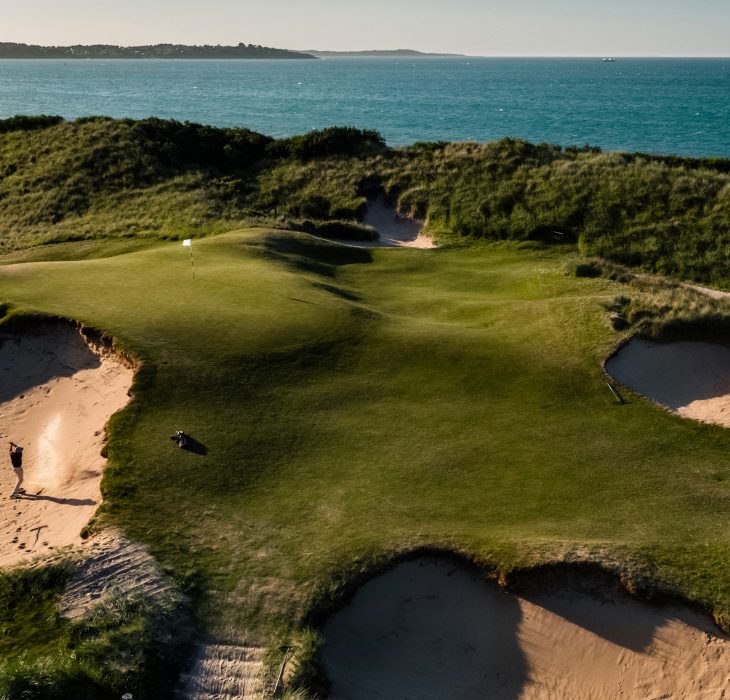 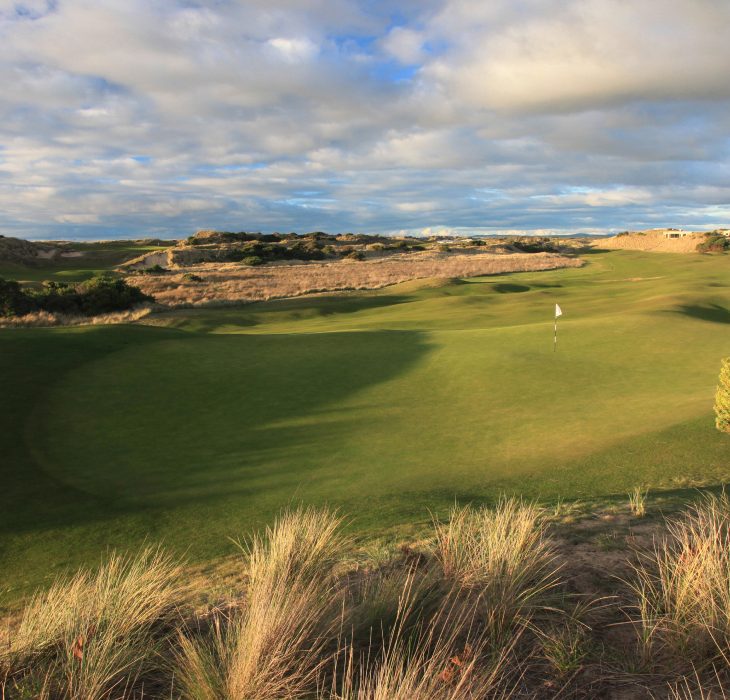 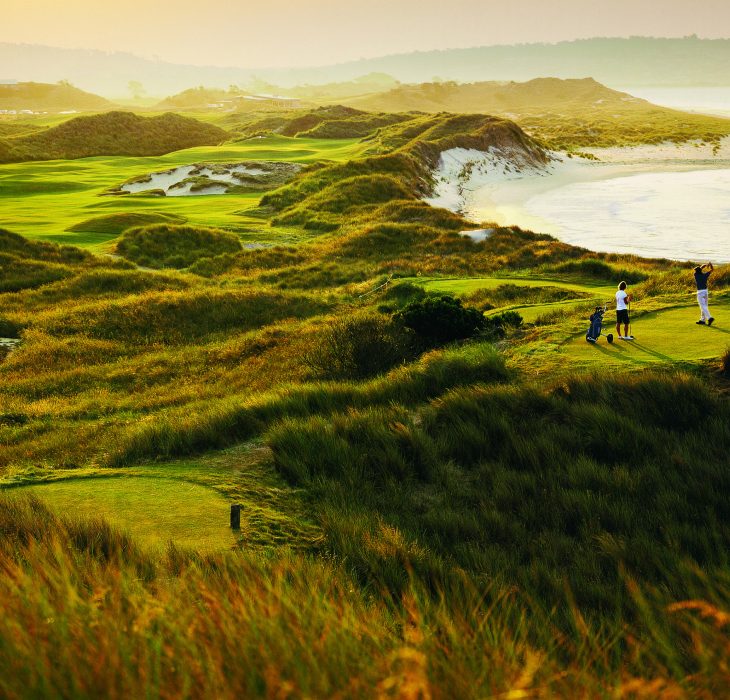 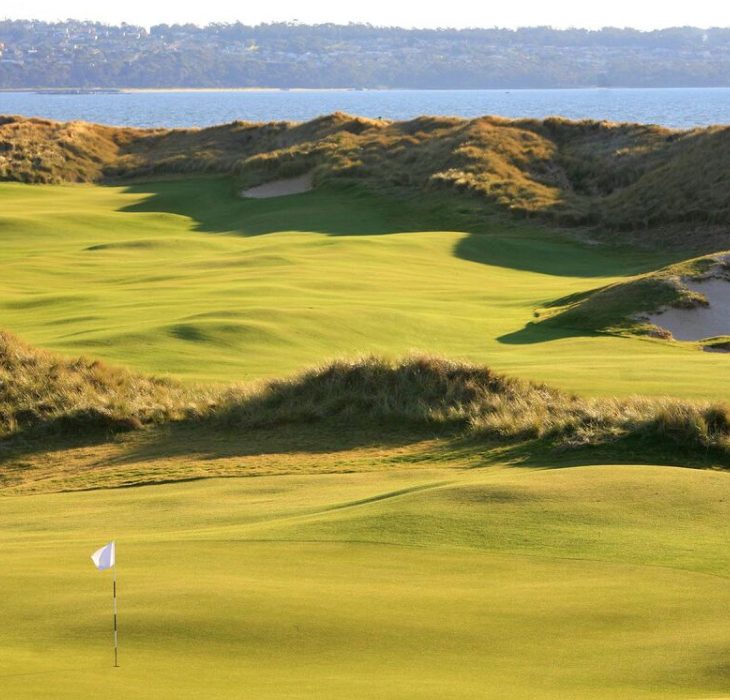 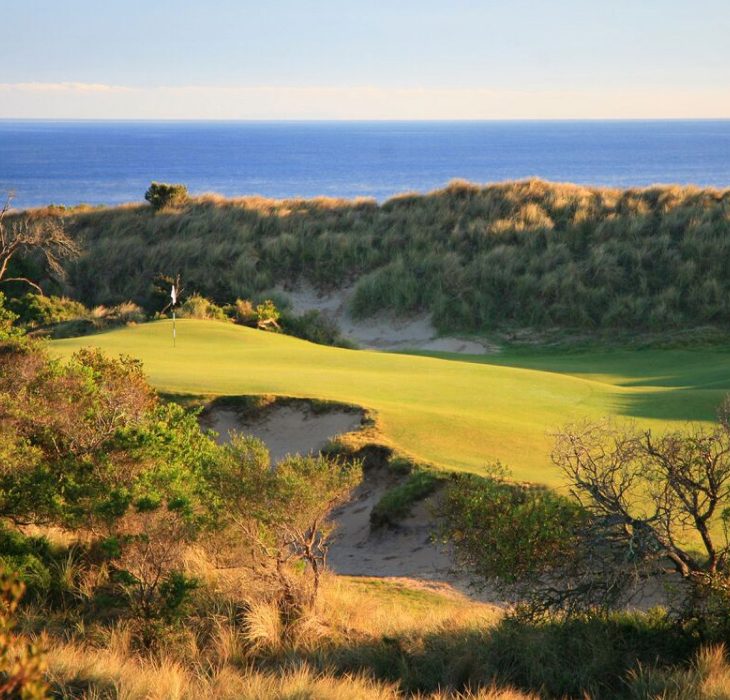 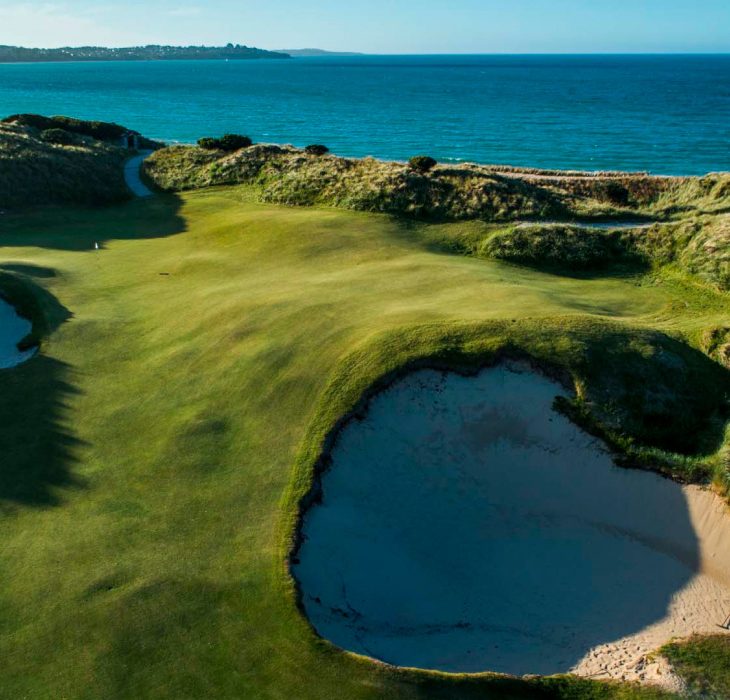 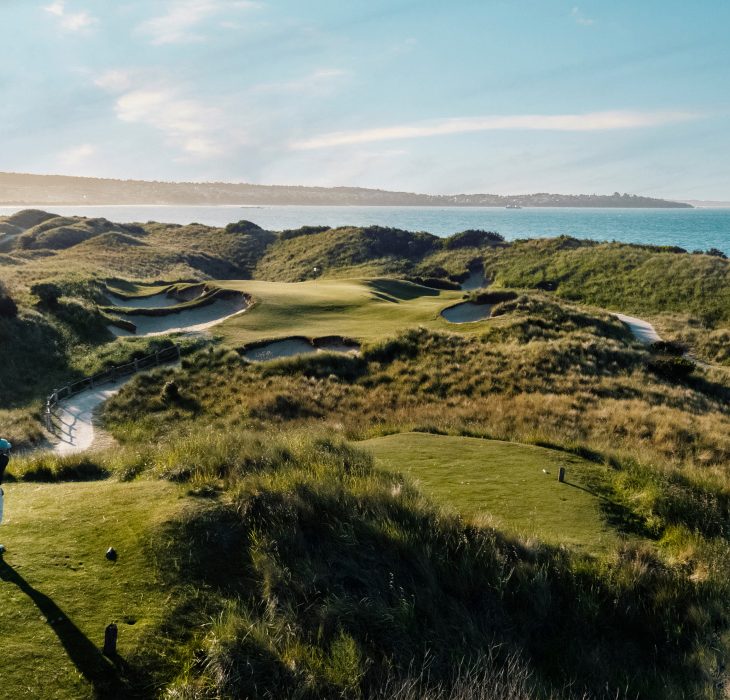 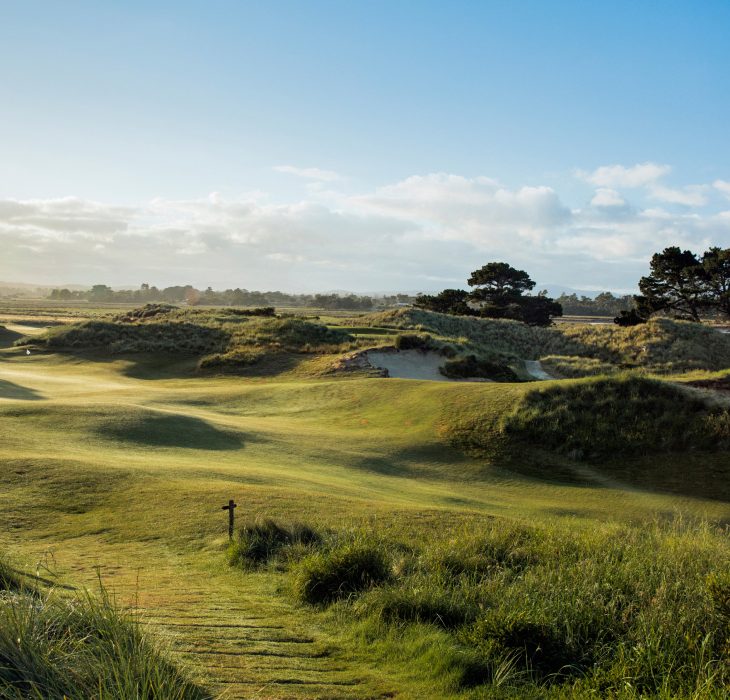 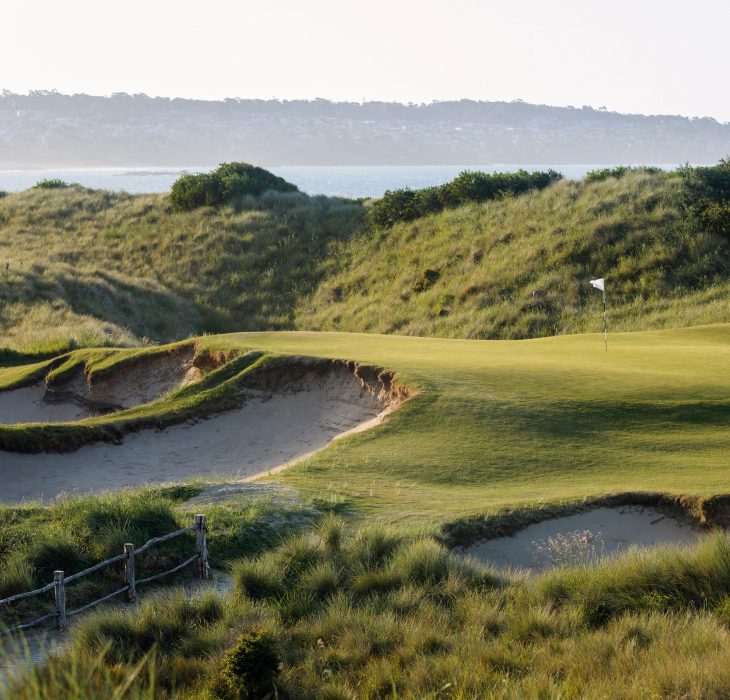 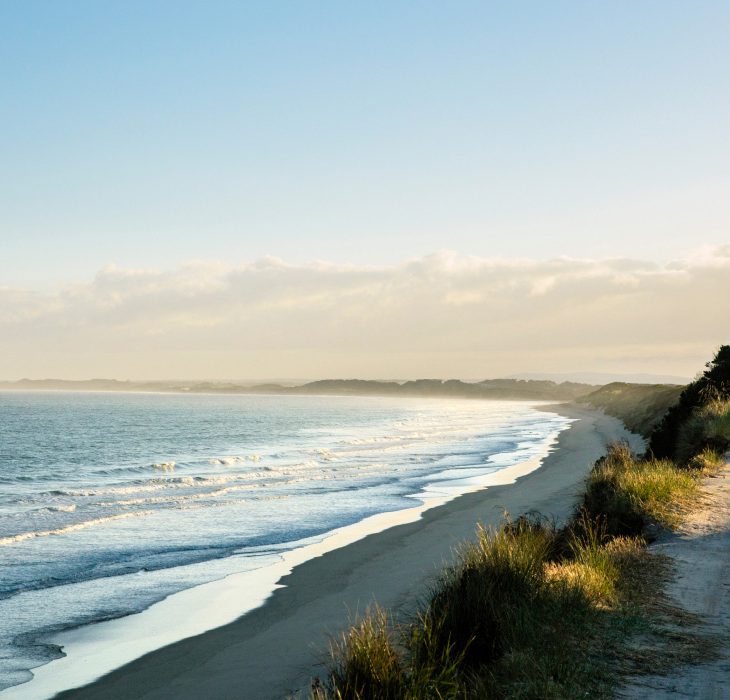 From where you’d rather be. Bunker and all. Ima

Looking back over the 253m Lost Farm 3rd at sunris

This error message is only visible to WordPress admins